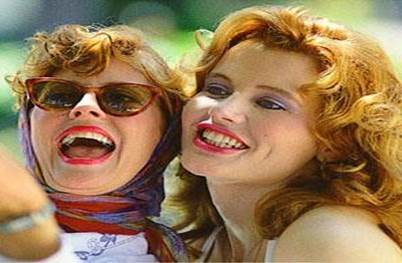 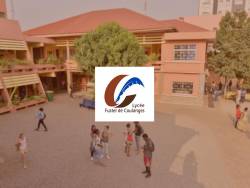 Today we are going to introduce Thelma and Louise who are two inspiring women.

They’re fictional characters from the Movie Thelma and Louise which was released in 1991.

Cast: Susan Sarandon as Louise Elizabeth Sawyer and Geena Davis as Thelma Yvonne Dickinson and Brad Pitt as JD in his first movie. The movie was directed and produced by Ridley Scott and is what is called a road movie.

A Road movie is a movie in which a character lives a calm life and then something happens, which makes them hit the road.

Thelma Dickinson is a very submissive housewife who lives a really boring life. With her best friend Louise Sawyer, they decide to escape from their boring life and to break free for a weekend in the country.

Sadly things turn bad. Thelma gets into trouble and is almost raped by a man. Louise turns up and shoots the man dead. Instead of going to the police, they prefer to drive on and they embark on a crime spree across the American South West, driving away from the police and even robbing a store…

Throughout the movie we can see the two characters developing and discovering who they really are.

Even though if they’re criminals we feel sympathy or even empathy towards them.

Chased by the police, they decide to commit suicide and die happy together rather than die in prison.

Those girls are inspiring, they are victims of men, a boring offensive husband, a rapist, a gross truck driver and so on...

Even though they are criminals, we don’t blame them, we almost identify with them. They are proud and strong women.

Now guys, if I can give you a piece of advice :