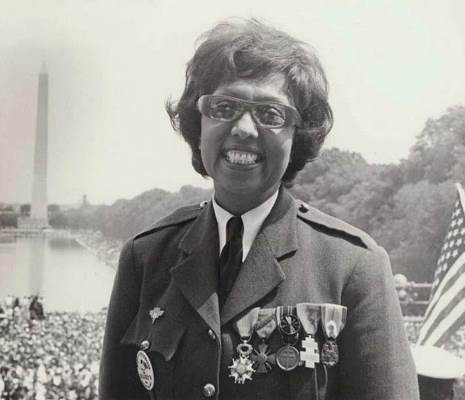 She is French even if she was born in America. She is a dancer, singer and actress who was born in 1906, under her real name Freda Josephine MacDonald. She died in 1975.

She was a star in Europe especially in France. Her eccentricity helped her to be famous, her banana dress made her an icon of the roaring 20’s and of the Jazz culture.

At the age of 16, she was recruited for the Saint Louis Chorus Vaudeville show. Then, she performed in NY and then sailed to France where she triumphed in the Folies Bergères. She was the first black American celebrity and the most successful American entertainer working in France; inspiring Ernest HEMINGWAY with those words: “the most sensational woman anyone ever saw”.

Not only was she a dancer but she was also a proud Afro-American woman who fought for her ideas and beliefs. In the 1950s, she supported MLK and the civil rights movement and worked with the NAACP (National association for the advancement of colored people).

She also aided the French Resistance during the Second World War: she was awarded La Croix de Guerre which is an award for military valor and  bravery. She was also awarded the Croix de Chevalier de la Légion d’Honneur by Charles de Gaulle himself.

The National Order oh the Legion of Honor is the highest French order for military and civils merits established in 1802.

Along her life, she adopted 12 children from all around the globe. She was tolerant and open-minded and believed that all men were brothers. Her family was tenderly nicknamed  “The Rainbow Tribe".

In conclusion, Josephine Baker was not only a superficial cabaret dancer. She was actually a strong-willed and proud woman who fought against racism, intolerance and prejudices. She is really a woman to admire.