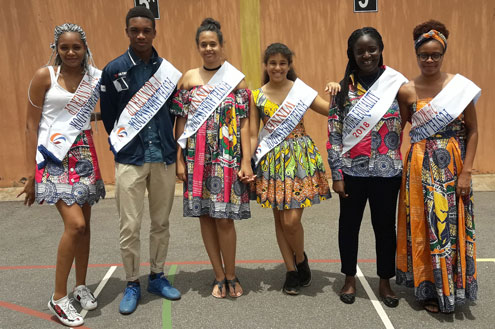 « A woman is not something, she is someone »

International Women's Day is celebrated in many countries around the world. It is a day when women are recognized for their achievements without regard to divisions, whether national, ethnic, linguistic, cultural, economic or political. On this particular occasion, the students of 1ere took part in an eloquence contest and used their oratorical skills to raise their voices to champion the cause of women.

The students of Mr. Denans, Mrs. Loisel and Mrs. Ngnasoke did amazing presentations on the occasion of the International Women’s Day 2018. The aim of these presentations was to raise awareness on the issue of gender equality. 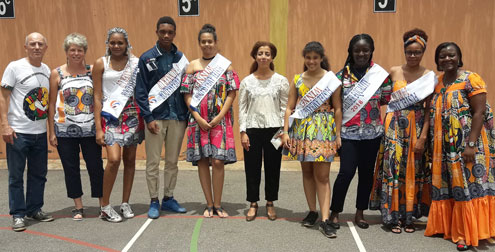 HOW IS THE International Women’s day (IWD) CELEBRATED IN AFRICA?

The first presentations were about how the IWD is celebrated in some African countries such as Chad, Burkina Faso, and Cameroon. In these countries, the International Women’s Day marks the culmination of activities such as parades and TV shows.

Thanks to our eleventh-grade students, we had the opportunity to discover great Cameroonian women figures like Therese Sita-Bella, the first woman pilot and journalist in Cameroon, Djalli Amadou Amal, a committed writer and Delphine Zanga Tsogo, the first woman minister.

« Men and Women should fight for gender equality »

Some of the students participated in a fashion show, in which they were sporting, boys like girls, the beautiful cameroonian fabric assigned to the celebration.  Indeed, it was a committed fashion show! After parading in pairs, each of them delivered a speech to raise awareness on the injustice of gender inequality. Several issues were addressed, notably sexual harassment on women, the education of women, income inequalities and other discriminations in the professional world.

WHO ARE THE WINNERS?

Even though each student did an amazing job, three pairs stood out from the rest and caught the eyes of the jury members.

The second runners-up did a slammed presentation and lent their voices to the Black Women in the LGBT community, notably claiming that the color of your skin should not define the way you are regarded or valued. A woman should be free to do whatever she wants to do.

The first runners-up conquered our hearts. What will remain in our memory, is the beautiful metaphor of the flower : « The woman is a flower, beautiful, special but breakable »

Finally, the winners! Through a real theatrical performance, they denounced the standards girls are forced to be fitting in.

« Because I am a woman, I am expected to have a good behaviour and to be beautiful. We don’t care about your standards! »

To put it in a nutshell, the International Women’s Day was for us an opportunity to draw everybody's attention on the fact that women should definitely have the same opportunities as men.

I hope you enjoyed the article !

Thank you for reading it !